The Darwin Affair has received a rave review from Kirkus! Read below:

The real-life Victorian police detective who was the inspiration for Charles Dickens’ Mr. Bucket serves as the main character in a fast-paced historical mystery. Although this is Mason’s debut novel for adults, he’s an accomplished playwright. Those skills are evident in the crisp dialogue and well-structured scenes of this book. It begins with a bang in 18 60 as Chief Detective Inspector Charles Field, assigned to guard Queen Victoria and Prince Albert during a public appearance, witnesses an assassination attempt. The shooter, who’s arrested, is mentally ill, but Field quickly begins to suspect the man is just a tool of a conspiracy—one connected to the controversy over the new ideas of the naturalist Charles Darwin. Field’s determined pursuit of the truth is sometimes snagged by his celebrity; Dickens fans, including some in the royal family, insist on calling him “Mr. Bucket” and confusing the fictional policeman with the real one. Field persists, however, plunging into a dizzyingly complex plot that takes him all over London and off to Germany. The cast of characters teems with satisfyingly despicable villains, many of them based on real aristocrats and scientists. The most villainous, however, is the memorably terrifying Decimus Cobb, a former choirboy-turned-Victorian-era Hannibal Lecter. Countering Cobb and the other bad guys are the earnestly heroic Field, his resourceful wife, a kidnapped butcher’s boy, and Prince Albert, who gets a touchingly human portrayal. There are cameos by such famous figures as Karl Marx, Dickens, and, of course, Darwin. With many grisly murders and many shocking surprises along the way, the book rockets toward a last dark twist.

Careful research, a driving plot, wry wit, and compelling characters make this a most entertaining read. 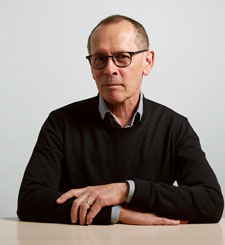